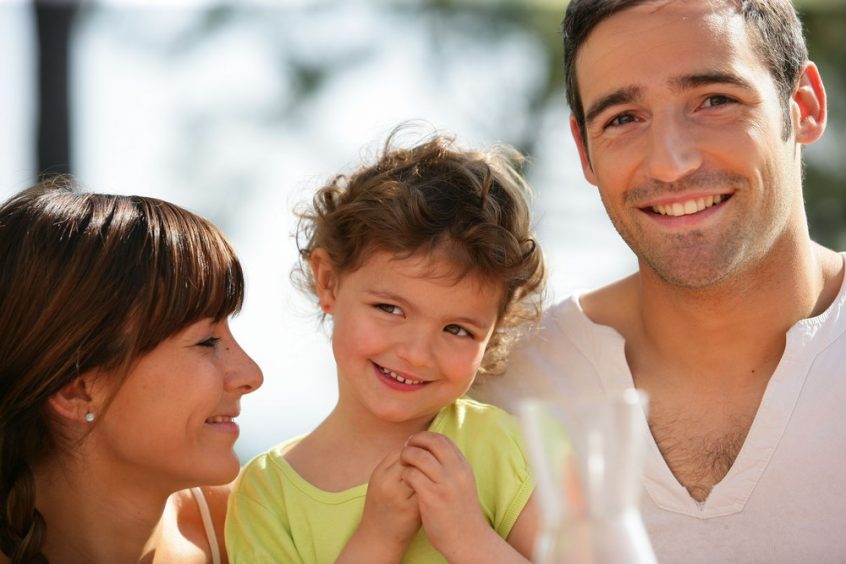 Child Behaviours and The Demands Of Society On Young Minds

One could say everyone looks at children and see them as gifts and blessings to the world. After all, who wouldn’t be captivated by a toddler curious on how the world works, or young students just learning to tap into their talents and learn how they can contribute to the world when they grow up?

However, even children can encounter problems of their own, and sometimes these tend to be confusing and overwhelming for them to understand and cope with. Their exposure to modern technologies and societal trends may also greatly affect the way they see themselves and the world around them. And while these external influences are inevitable for your child to see, your place in their lives as parents do matter in helping to mold them into the best versions of themselves.

Walking the path towards more effective parenthood takes a lot more than just “knowing” what’s “good” for your child. Rather, it takes assessing and understanding the role of child behaviours and the demands of society on young minds that can put you in a better position to help your children forge the paths they want to take.

Society And Your Child’s Mental Health

A person’s mental health remains an integral part of their lives – as, after all, one’s mental health allows someone to have the capacity to get to know themselves, and others, to a considerable degree. Unfortunately, it’s also important to acknowledge that mental health concerns remain as one of the leading causes of disability worldwide. In fact, 23-percent of all years lost due to having a disability can be attributed to mental disorders, and substance abuse.

However, children are not immune from having mental health concerns of their own. In fact, around 20-percent of adolescents and children around the world have some form of mental health condition, and half of them actually begin even before children turn 14. This may largely be due to the fact that children are also exposed to varieties of situations as they grow, that may eventually influence their mental health.

Social Media Today: How Does It Affect Your Child?

Aside from your child’s peers and environment, technology appears to have a huge role on your child’s development. This is especially given 81-percent of millennials check their Twitter profiles every day, with younger audiences also having accounts in Facebook and Instagram. This isn’t to imply it’s always negative, however.

When used properly, social media can be a good way for your children to connect and socialize with their peers, especially if they don’t get to meet too often. This can be a way for them to explore their interests with like-minded individuals.

Likewise, social media can have a detrimental effect to children, as some may find “meaning” in gathering likes, shares, and followers. If not taught properly, children may grow to believe that a huge part of their self-identity is dependent on social media.

How Should You Approach Bullying, Bad Behaviours?

Bullying is also another issue you should be aware of, especially concerning your child’s growth. Interaction with a wide variety of individuals is possible, and your child can especially learn a lot during their time with other kids. Unfortunately, this also opens opportunities to being bullied or bullying themselves.

If you fear your child is becoming a bully or is observing bad behaviour, you can:

If you fear your child is being bullied, you can try to:

Children And Drug Use: Talking About Drugs With Your Child

The World Health Organization defines substance abuse as the hazardous or harmful consumption of psychoactive substances such as illicit drugs and alcohol. When a substance is psychoactive, it has the potential to make a person have dependence syndrome. This is described as having a strong “desire” to take the substance, which is often accompanied by loss of self-control, and a cluster of physiological, cognitive, and behavioural phenomena that can have lasting consequences.

At least 31-million people around the world have disorders related to drug use. However, it appears children themselves aren’t totally safe from being influenced to take these substances.

Numbers from the National Drug Strategy Household Survey indicate that tobacco, cannabis, and alcohol are three (3) substances most commonly used among Australians aged 12 to 17 years of age.

In fact, numbers across secondary school students in 2011 indicate that:

However, just because children are children doesn’t mean they’re not capable of being emotionally and mentally stable. Children are capable of being resilient or developing the skills of being able to deal with problems and adapting to new settings that can be sources of stress. As a parent, you can help build your child’s resilience by:

You can even try to avail therapy for your children. When a child undergoes therapy, they get to talk about their concerns and learn better ways of coping with them. Psychiatrists and psychologists are equipped with the tools to help your child gain access for better coping mechanisms, communication skills, and more efficient ways of understanding themselves and others with respect to their mental health concerns.

Your Child And Therapy: How Does It Work?

Anyone can seek help especially if they encounter a particular life problem, dilemma, or situation that has affected their mental health to a considerable degree. Psychiatrists and psychologists receive training and knowledge as to how to help people with their particular conditions, and the steps their clients can take to have a much better life. This process, called counselling or therapy, is a proven medical service that can allow people to acquire the means to strategically look at their life’s problems, dissect them, and find ways to resolve these concerns. You can also avail your child a specialized kind of therapy, called child therapy, in order for them to be able to tackle life’s various situations with a more open mind.

Should you or your child believe they may be in need of mental health assistance, do remind them that actively seeking for professional help isn’t a sign of weakness. Rather, this puts them in a position of strength as learning how to acknowledge that one lacks in something, and is willing to work on it, is a sign of growth.

The Bottomline: Young Minds Can Be Molded By Child Behaviours, Societal Demands

Likewise, your child’s exposure to various technologies, cultures, practices, and trends can mould their mentality and personality across their growth. Finding the intricate balance between being the guiding hand to help them, and being the hand to give them a gentle nudge to explore the things that interest them, is an essential part of parenthood – as your presence can greatly shape your child’s future.

This article is from TG Psychology who is a psychology practice based in Penrith that aims to provide their clients with the tools and the means to understand and manage various life issues.