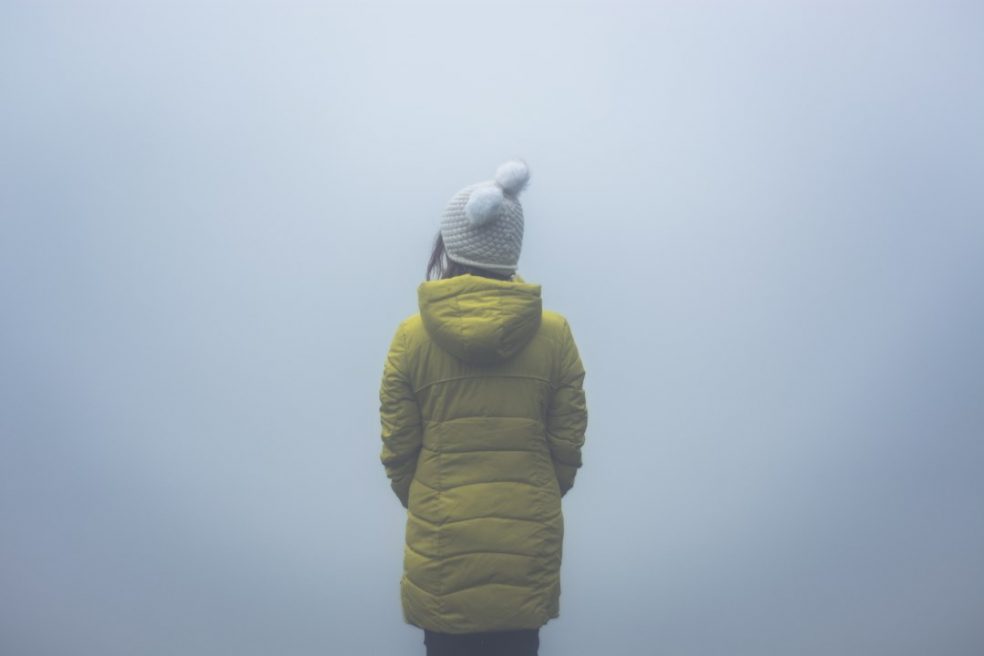 Suicide. Everyone has different reactions when I mention the word. These reactions include sadness, loss, guilt, interest, anger, surprise, concern, unsure, jokes, laughter, remembrance, and silence. For some, they remember the person they lost. Others talk about suicide with keen interest, perhaps from a philosophical, ethical, social, or personal viewpoint. No matter whom I’ve spoken with, I have found that everyone has something to say about the topic of suicide.

The topic of suicide prevention during Mental Health Month is common, however, after dedicating my Masters research to the interaction between community and suicide I would like to begin by clarifying that I don’t think suicide fully fits within the framing of mental health. As I will explain, it’s a broader and more nuanced conversation. Nevertheless, Mental Health Month presents an excellent opportunity to discuss it.

Historically and presently, suicide is lumped in categories such as being a moral concern, existential crisis, crime, sin, and more recently, the understanding of suicide has evolved to be understood as a consequence of mental illness. While this understanding has in some ways been derived from good intentions and a research body, there is research to counter this fact. My concern is that framing suicide as a consequence of mental illness can inevitably narrow the sight of solving such a complex problem. Suicide is complex and is best understood through many perspectives such as psychology and biology, but even more so through history, politics, ethics, economics, and sociocultural understandings. However, in order to understand the complexity of suicide, we must break free from seeing suicide as a mere consequence of mental illness.

In my view, a suicide represents an accumulation of various life experiences. We know from the academic literature that there have been many different factors connected to suicide:

*Note that I am discussing a western conceptualisation of suicide in this article which tends to frame suicide as a negative and immoral behaviour. Other cultures may encourage suicide as sacrificial to the greater good such as being observed in the samurai code of honor to have an honorable death (seppuku).

While this list of the different factors connected to suicide is a thorough summary of what the literature suggests, I could keep going. I demonstrate this list to give you a glimpse into the complexity of suicide, and the different routes suicide prevention can be pulled along. One study looked at all these factors and more through a meta-analysis of the past 50 years of research into the topic of suicide and associated risk factors. The study found that while each factor provides some insight and value into understanding suicide, many of them were considered weak or inaccurate predictors of suicidal behaviour. It was suggested that there is a need to understand the complexity of suicide rather than standalone factors in isolation.

It takes a village to address the area of mental health. I suggest the same is needed for suicide prevention and that we need to move beyond suicide prevention and go upstream. Current efforts to suicide prevention are downstream, where the approach focuses on reacting to individuals attempting suicide or intervening post-suicide (postvention). Other approaches commonly focus on awareness-raising, gatekeeper programs, crisis support, therapy, teaching self-help skills, psychiatric medication, safe reporting of suicide, and reducing lethal means. These are all important aspects of preventing suicide, and don’t get me wrong, I think they have their place. From my understanding and research into this field, we need to go beyond approaches that focus solely on the individual and look towards the environments which push them to make such a life-changing decision.

Current efforts to suicide prevention are downstream, where the approach focuses on reacting to individuals attempting suicide or intervening post-suicide (postvention).

Suicide needs to move towards transformative and upstream approaches. This can be first understood through the waterfall metaphor. In the waterfall metaphor, there is a big waterfall and a large river flowing through a city. In that river, there are people falling in and consequently drowning because of how strong and powerful the river is. Health professionals and rescue workers attempt to save every person that falls into the river. But no matter what they try, they cannot save everyone. These health professionals and rescue workers are using a downstream approach by working at the immediate forefront of the issue.

An upstream approach seeks to change the environment, and social conditions people experience instead of just focusing on the individual.

The social determinants of health is an important starting point to understanding how the personal experiences of health are connected to a person’s social context and the wider environment. Right now, we are going through an interesting time of history where we face COVID. At the immediate forefront, people’s health is at risk by a disease spreading through the population. The economics, social policies, and politics may be helping to save some people in the short-term. But in the long-term, we don’t know what effect the current strategies will have on our communities. The lockdowns, separation from communities, closing of businesses, and more could have ripple effects that leave traces for years ahead in the health of our population. To extend the concept of social determinants of health, Michael Marmot, discusses ten main social determinants as:

Adversities in life add up

In more recent years, research has extended this to include poverty, wealth inequality, and societal stigma around health issues as also important determinants of a person’s wellbeing. Other research related to social determinants of health looks at trauma, intergenerational trauma, and adverse childhood experiences. What we experience through our social environments can slowly exact a toll on our psychological state.

Many of the determinants relate to or have been connected to the pathway to suicide in the long-run. The events that happen early on in life tend to accumulate, which can eventually lead someone to the point where they feel lonely, hopeless, burdensome, and worthless. Instead of focusing solely on preventing suicidal behaviours, we need to start focusing on the process that leads up to that point.

Systems thinking aims to look at individuals, groups, neighbourhoods, communities, and cultures, and how these are all interconnected and influence each other.

One of the influencing perspectives that changed my thinking around suicide was community psychology, which emphasises systems thinking. Systems thinking aims to look at individuals, groups, neighbourhoods, communities, and cultures, and how these are all interconnected and influence each other. Systems thinking allowed me to develop a broader picture of suicide which we commonly see as individual behaviour. This type of thinking is not just limited to the topic of suicide but can be used for any topic imaginable, especially the more complex topics.

So what can we do as individuals and as communities to reduce the likelihood of suicide? There have already been many efforts made in the suicide prevention space, including gatekeeper training, school prevention programmes, community programmes, and national initiatives. Many of these programmes focus on the latter end of suicidal behaviour. However, what many of these programmes have in common is the essential idea of connectedness, compassion, and care. These common threads are basic human needs. These should be a part of any approach to prevent the process of suicide. Below I outline some recommendations of how you can build yourself and your community (whether small or big) to prevent the process of suicide.

I have to admit that I am quite passionate about the topic of suicide. However, it does mean that I am somewhat more accustomed to the topic and, in many ways, detached because I have been studying it for so long from an academic perspective. I acknowledge that this is not the case for other people, necessarily, as it is quite a taboo topic in many cultures and can be quite a disheartening topic for some. So, I think the first place to start is to gain some education on the topic around how to discuss suicide, mental health, and even simply just life stories. Often the key theme for education in these areas is simply learning to listen, be curious, and stay non-judgmental of the person’s experiences. Listening, although simple, is a struggle for many; however, it is an important part of showing compassion, care, and creating a connection with another person or community.

To prepare yourself, you also need to look after yourself and learn to process what you are experiencing in life. If you are helping lots of people but not yourself, then that’s a recipe for burnout.

Listening, although simple, is a struggle for many; however, it is an important part of showing compassion, care, and creating a connection with another person or community

Create a community group with a focus on belonging and connectedness

Although we are ever more connected through social media and phones, I sense we have become more separated and less connected overall. Perhaps the best way of describing it is that we have become more superficially connected. The need for feeling connected and feeling belongingness is a simple but vital human need. People want to feel respected, supported; to have a place or community they can relax in.

Part of preventing the process of suicide is looking at helping people long before they have even got to the point of suicide. This process needs to include more than one person and needs a whole community that gets together and creates a place where hope, belongingness, and purpose can thrive. This is another simple idea, but as we have shifted towards becoming more dependent on disconnected forms of connecting through social media and the wider internet landscape, we have lost some of these places.

This process [suicide prevention] needs to include more than one person and needs a whole community that gets together and creates a place where hope, belongingness, and purpose can thrive.

Interact and show compassion to those on the outskirts

One of Jesus’s wise teachings and actions was that he helped the poor and outcasts. Matthew 20:16 so the last will be first, and the first will be last. Countless stories show Jesus helping the poor and needy. I’m not here to preach you the gospel but more an idea of using Jesus as a metaphoric example. In suicide research, often those more at risk are:

My suggestion is to interact with and show compassion for people who seem to be on the outskirts of your community. It could be one person or 20 people. You could join a volunteer organisation. Do what you feel comfortable doing and slowly build up to more. You could even invite them to your community group.

Where to from here

The social and health sectors play a huge role in preventing suicide. However, we as communities have a big role in intervening and supporting one another through life. Life isn’t easy and it makes it a whole lot better to journey alongside other people rather than just yourself.

About the Author – Shaun Foley

Shaun has a Masters of Applied Psychology in Community Psychology from the University of Waikato, New Zealand. His research thesis advocates for broader perspectives to be initiated on the topic of suicide. His thesis was titled: Moving beyond psychocentric perspectives of suicide: Towards an ecological and social justice understanding. You can read his thesis here.