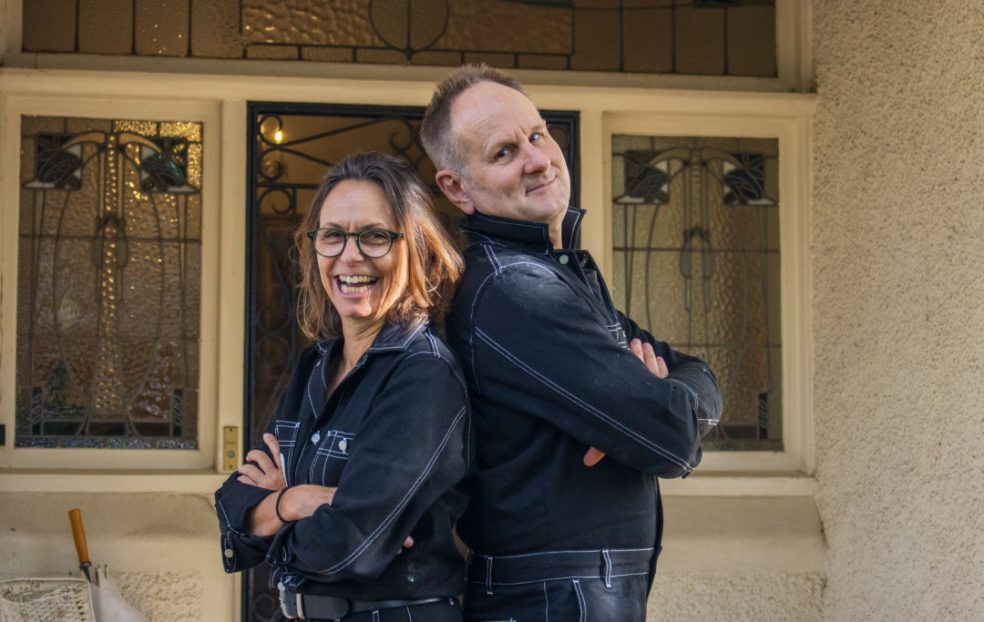 Nursing one of his beloved daughters to her death at age ten led Charles Darwin to consider the role of suffering and compassion in natural selection. He would later theorise in Descent of Man that sympathy, a word probably closer to what we understand today as empathy, is an instinct even stronger than self-interest. Darwin’s work offers insight as to why the act of suffering together – literally the definition of compassion – can feel like something we’re just meant to do. It may also explain why in almost every part of the world, humans have deep, evolved and often simple ways of regulating and healing one another. As psychiatrist and anthropologist Brandon Kohrt wrote recently, “observing the cross-cultural elements of emotion regulation between people makes me think that it’s actually a human universal taking on myriad manifestations.”

Despite whatever genetic predispositions we may possess to calm storms cooperatively, suffering alone is ubiquitous, particularly in the developed world. Social isolation and loneliness make it harder than ever for people to connect, much less heal one another. It explains why GPs in Australia report that about 20% of their appointments involve patients who simply just want to have a chat; and how people are now finding it easier to call a paramedic to discuss their disconnectedness than reach out to someone in their personal network of friends, family members and neighbours; a problem that’s become so pervasive that Ambulance Victoria recently convened an internal loneliness taskforce.

“People are now finding it easier to call a paramedic to discuss their disconnectedness than reach out to someone in their personal network of friends, family members and neighbours.”

Bringing Back the Human Touch

Exacerbating this problem has been the clinicalisation of our contemporary social-emotional-existential anguish. Not only has it made us more dependent on clinical practitioners, but it has also contributed to political conditions that often prioritise some professional/bureaucratic self-interest over public wellbeing. One example in Australia is the federal funding of Medicare that provides subsidies to clinical psychologists, which do not extend to psychotherapists and counsellors, much less cover preventative measures. Another example is the way that pastoral care peak bodies have discouraged non-religious practitioners, including those working in a voluntary capacity, as well as reduced the numbers of pastoral carers in general, by holding up theologically-informed Clinical Pastoral Education (CPE) as a pre-requisite for anyone wanting to work in this field.

These efforts by entrenched interests constraining who is allowed to provide social-emotional-existential support move us further away from being able to care for another. And there’s no doubt that it’s making us lonelier, and in turn, impacting our mental health. That’s because unlike social and emotional loneliness, which can be caused by a lack of access to people, the less understood existential loneliness is caused by a lack of meaning. Mediating meaning in difficult circumstances for some may be found by looking upward – what is often referred to as ultimate meaning. For many Australians, particularly those of us who do not identify as religious, meaning is more easily found in a simple act of human decency; particularly when or specifically because it’s not tethered to any agenda, ideology, or form of compensation. As a colleague of mine who heads up an organisation promoting the use of social prescribing (i.e. medical practitioners referring patients to community organisations for support with non-medical issues like loneliness), “People keep telling me that they think the lonely feel less that way from being supported by a volunteer because they know that person isn’t being paid to be with them.”

“People keep telling me that they think the lonely feel less that way from being supported by a volunteer because they know that person isn’t being paid to be with them.”

Allowing social-emotional-existential support to once again become the work of the people, is not without its challenges. A 2020 meta-study going back to 2004 reviewed programs where older adults were supported via video calls and whose impact was measured with the UCLA Loneliness Scale. The study found that there was ‘very uncertain evidence on the effectiveness of video call interventions to reduce loneliness in older adults.’ Despite using an evaluation instrument limited by its ability to accurately measure changes in feelings associated with existential loneliness (i.e. meaninglessness) this study begs a couple of questions. Why weren’t simple displays of kindness by frontline volunteers, even via video calls, enough to move the needle? Also, despite extending empathy and compassion understood as somewhat innate, does it also have to be re-learned?

“We were surprised to discover that most Cohousing residents, if given the opportunity, would park their cars, check their mail, and make a beeline to their homes just like they’d been doing,”

Social psychologists have understood that shifting cultural norms can alter deeply engrained human behaviours, often over a short period of time. Consider the way that neighbours, and increasingly family and friends, no longer find it appropriate to visit anyone’s home without calling in advance. Reverting to the way we were, isn’t always easy, even when there may be a willingness to do so. This is evidenced in a concept called ‘Cohousing.’ Based upon observations of intentional communities in Scandinavia by the architect Kathryn McCamant and Charles Durrett, Cohousing involves people who share with neighbours everything from meals and tools to common space, just to live more interdependently than they would on a block of single-family detached homes. A big lesson from the early days of the design process of these communities was that assimilation in the past was often a stronger force than intentionality in the present.

“We were surprised to discover that most Cohousing residents, if given the opportunity, would park their cars, check their mail, and make a beeline to their homes just like they’d been doing,” said Durett. “We had no choice but to begin building into our plans meandering pathways designed to lead people past head-height kitchen windows where someone might be at a sink or cause them to almost bump into benches and other features where neighbours might be gathered, all to force them to slow down, make eye contact and connect.”

Building Community Connection from the Bottom-up

So, where do we go from here? At Social Health Australia, we’re working to bring forward new ways of combating loneliness and enhancing community health and wellbeing. Last year, we launched a social prescribing pilot program that paired older adults referred to us by health providers like Alfred Health and Connect Health for being impacted by isolation/loneliness with volunteers whom we trained in the art of community companioning. The project was so successful that we’re now looking to expand the initiative. We’re currently working with a couple of headspace centres, and a group of medical students from Monash Uni to help emerging adults learn how to hold space for conversations on a range of topics contributing to loneliness ranging from climate anxiety to what may seem like a never-ending health pandemic. The project recently received funding from Monash and Bayside local councils.

Just as important is our work to begin engaging some of the organisations working in this space to collaborate, share resources, and leverage outcomes. Our hope is to bring forward a new ‘bottom up’ network that contributes to a much needed cultural shift to make meaningful human connection more than just nice words on our landing page.

About the author: Joe Sehee is Executive Officer of Social Health Australia. He is an internationally recognised innovator in secular spiritual care and social connection as a driver of human flourishing. He is a Peabody award-winning journalist, founder of Green Burial Council, director of Earth Funerals, senior fellow at the Environmental Leadership Program.

2 Comments on “The Social Prescribing Revolution is Here”